Can You 'Curate' Anything?

Or can it only be art?

How many animals can you identify?

Or, Disambiguation Through Interplanetary Funksmanship

Affect and Effect can both take the form of a noun or a verb, but most often you will want to use "affect" as a verb, meaning "to produce a material influence upon or alteration in" and "effect" as a noun meaning "a change that results when something is done or happens." Usually, something "affects" something to produce an "effect."

It has often been said that nothing in life is certain but death and taxes, but to this duo of unpleasantness we may add a third certainty: telling the difference between affect and effect will eat up some considerable portion of your life. Unless you are one of those rara avises for whom this distinction came immediately and effortlessly, in which case we hope you get extra taxes. 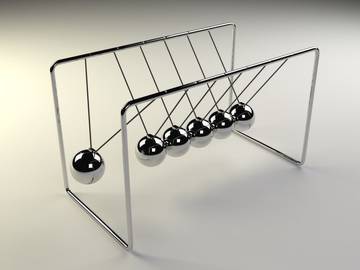 But will they 'affect' or 'effect' your bank account negatively?

The confusion springs from the fact that these two words look and sound quite similar, each functions as a verb and noun, and they may be employed in semantically ambiguous fashion (for instance, both 'this affect was unpleasant' or 'this effect was unpleasant' may be used correctly). Well nigh every usage guide published over the past hundred years has contained an explanation for how to distinguish between these words, yet the English-speaking people appear to have heroically resisted all attempts at disambiguating them. We have a mnemonic which we believe may aid in keeping these words in their proper roles, and it involves the hitherto untested tools of channeling basketball legend Darryl Dawkins and interplanetary funksmanship.

Darryl Dawkins, electrifying center of the Philadelphia 76ers, who recently transformed into the "Bionic Man" having electrodes taped to his injured shoulder, reporting on the results: "It affected my interplanetary funksmanship."
— Jet, 2 Feb. 1978

Affect and Effect as Verbs

Affect, when employed as a verb, most commonly carries the meaning of "to produce a material influence upon or alteration in." Things may very well affect your interplanetary funksmanship, but they are unlikely to effect it. The use of effect as a verb is not as common as that of affect, and it generally has the meaning of "to cause to come into being" or "accomplish."

As Los Angeles started its 25-9 blitz to open the second half (a typical Laker trend in these playoffs), Jabbar blocked five shots, effected a fourth foul on Dawkins in just two minutes and ignited the hosts' best stretch of running, scrambling ball.
– The Washington Post, 5 May 1980

Effect as a Noun

Although affect may be more common as a verb, the use of effect as a noun far outstrips that of affect. An effect is "a change that results when something is done or happens," or "a particular feeling or mood created by something."

But suppose it hadn't worked out. Suppose young Darryl Dawkins had washed out, as Willoughby did. What then? "I would have been a love doctor," he says, pausing for effect. "Really, I think I would've been a communications major. I had always wanted to own and operate a radio station."
– Philadelphia Daily News, 6 Jun. 2005

In effect is also frequently used, and has the meaning of "in substance" or "in operation."

Affect as a Noun

Rounding out our quadrant of confusion, remember that affect is also a noun (although its use is primarily found in psychology), meaning "a set of observable manifestations of an experienced emotion : the facial expressions, gestures, postures, vocal intonations, etc., that typically accompany an emotion."

You may, in future moment of indecision, try to remember that if you are using a verb you are more likely going to want affect, and if you want a noun it is probably going to be effect. Or you may simply think of Mr. Dawkins and commit to memory "Chocolate Thunder is still in effect" (noun) and "this affected my interplanetary funksmanship" (verb).